Travel ID Changes - What you need to know!


Are you aware that recent federal laws have changed what documents are acceptable for identification?


If you are like most travelers, probably not!  Sure, you might know that a passport is now required for all international flights, and at a minimum the Enhanced Drivers License is required for Sea and Land crossings to Canada, Mexico, and Caribbean countries. 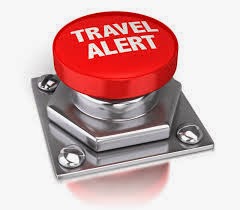 However, many of you use a drivers license as proof of your identification just about everywhere, including  while traveling. Are you aware that for a number of states, your drivers license is currently not accepted as identification in many federal facilities, and in the near future WILL NOT be accepted for use in travel aboard commercial aircraft! It could also prevent one from touring the White House, a Dam, Nuclear facility, or other locations requiring ID clearance.

How did this happen?


Following the events of 9/11, the Federal Government put into place tiered identification policies, which restricted what types of identification could be used to access facilities that needed high security or if exploited, were a risk to the public. As part of that effort, the government began the process to require all states to issue driver licenses that had to meet 31 specifications for security.

Called REAL ID,  these drivers licenses would be accepted by the federal government for access to facilities, and those that were not up to the Real ID standard, would be excluded in phases. In 2016, non-compliant drivers licenses will be excluded as  a form of identification when boarding commercial aircraft. For some, this includes Enhanced Drivers Licenses from the affected states!

Whom does this apply?


Currently, the following states/territories DO NOT have licenses that meet the federal standard:

+ Federal officials may continue to accept Enhanced Driver’s Licenses from these states.
** Has an expired extension and will be subject to enforcement beginning January 19, 2015

The following states/territories have licences that do not meet the federal standard, but have received an extension. If they do not comply within the extension, they too will be excluded:
(source - Dept of Homeland Security)

A study of why some states are not compliant, is largely a state's rights defense, or a privacy issue. However, until the states either work it out with the federal govt, or choose to comply, the traveler is still at the mercy of the government in terms of travel.

What Can You Do? 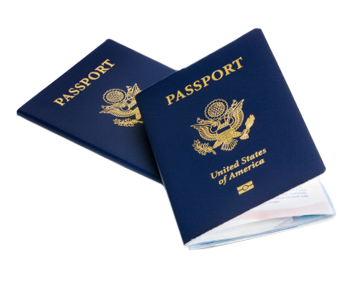 Until this matter gets resolved, your best option is to secure a Passport. Issued by the State Department, it will provide acceptable identification for all air travel, and will be accepted as identification at all federal facilities that allow public access. Valid for 10 years, not only will it make your domestic and international travel much simpler, but it can be used for employment as your sole ID - no longer bringing in multiple forms of ID for that new job.

Securing a passport is fairly simple. Visit the Passport Wizard from the State Dept's website.Once complete, deliver your application to one of these official locations.

What Else can you do?

Always protect any travel investment with insurance. Your can read more about your options, or even insure direct online.

Need a passport in a hurry? Visit the passport page at East-West Global Travel, and select our RUSH MY PASSPORT option.